Set between 1913 and 1963 in one of Montreal’s well-known, upper-middle-class suburban neighbourhoods, Martine Desjardins’s The Green Chamber is a fast-paced, highly atmospheric, riveting novel that chronicles the decline of a wealthy French-Canadian family over the course of three generations.

Every house has its secrets, but none hides them better than the august house of the Delorme family. With its sixty-seven locks, brass-grilled counters, and impenetrable underground vault – where lie the mummified remains of a woman clutching a brick between her teeth – the Delorme residence may be apprehended as The Green Chamber’s central persona. A private bank of a sort, it has always held its lot of ill-acquired gains, hidden vices, cruel rituals, and illicit substances away from prying eyes. Louis-Dollard Delorme, his miserly wife Estelle, and his three spinster sisters revere money so much that they have converted their residence’s “Green Chamber” into a place of worship and have elevated domestic penny-pinching to an art form. As for the family’s heir, Vincent, they intend for him to make a highly profitable marriage – a reasonable prospect, until the day when the house opens its door to Penny Sterling, a young woman whose means equal only her curiosity.

Desjardins’s humorous gothic saga – with its gallery of eccentric characters who play the races in secret and sniff vanilla extract – reveals and revels in the fate of family fortunes, where the first generation makes the money, the second generation maintains it, and the third blows it.

The novel’s plot and themes arise, larger than life, from the history of the author’s own family, and from that of her suburban hometown, Mount Royal, whose founding is closely linked to the development of Canada’s national railroad and early industry. The Green Chamber exposes the birth of capitalistic religiosity and sheds light on our economic present: personal finances, once based on a nest-egg savings system, have become a credit-based and debt-ridden travesty. 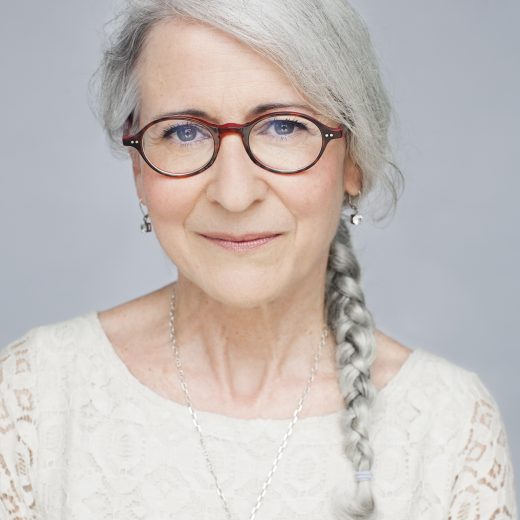 Martine Desjardins was born in Mont-Royal, Québec, where she still lives with her fox-terrier Winnie. After studying languages, Russian and Italian, as well as comparative literature, she began freelancing for several magazines. Lavishly written, her books are often filled with twisted humor and a touch of quirkiness. She is a Governor General Award finalist (Maleficium) and two time Jacques Brossard Prize winner (Maleficium, The Green Chamber).

(A Covenant of Salt)

To know everything about our hot new titles